A Test of the smart

When eight out of 950 employees at the Karmax heavystamping plant in Milton, Ontario became sick withCOVID-19 in early July due to community spread of thevirus outside of the facility, General ManagerDarren Stewart and his team turned to the MagnaSmart Start playbook’s guidelines.

They immediately began contact tracing, identifying 11 employeeswho were close contacts of the sick workers and another 10 whowere distant contacts – basically anybody on the crew.

“We did not have a significant outbreak,” Stewart said. “As of mid-August, one person out of eight is recovering and seven are back towork. Of the close and distant contacts, not one tested positive orshowed symptoms. The playbook supports a safe and healthyworkplace. We created the safest place in a global pandemic.”

We needed to get creative in the way we engage with eachother, I just watched one employee write ‘All Good?’ on his whiteboard and walk by his crew. They gave the ‘thumbs up’ sign. It’ssuch a simple idea, but it works.

Simply put, the Magna Smart Start playbook has been testedunder the most trying circumstances of the pandemic – and itworks.

Small white boards and Sharpie pens were distributed to shop-floor employees to enable them to better communicate with eachother over the noise of the assembly lines while wearing masksand social distancing. The boards are hung on workstationsthroughout the plant and disinfected regularly.

“We needed to get creative in the way we engage with eachother,” Stewart explained. “I just watched one employeewrite ‘All Good?’ on his white board and walk by his crew.They gave the ‘thumbs up’ sign. It’s such a simple idea, butit works.”

“Communication bubbles,” featuring images of peopletalking, were painted on the shop floor instead of an “X” tomark six feet of distance.

“We’re trying to make things noticeably different to helppeople have a better sense of where to stand,” Stewartexplained.

The mood of the employees is positive and upbeat as aresult of the changes prompted by the Smart Startplaybook.

“I approached the crisis by taking the playbook and makingit a business system,” Stewart said. “There has been a lot ofpositive feedback from our employees. People realize thisis the way we’re going to need to work until a vaccine isavailable. Basically, when you have a big facility like Karmax,it’s a microcosm of society. Our challenge is to manage andmitigate the risk.” 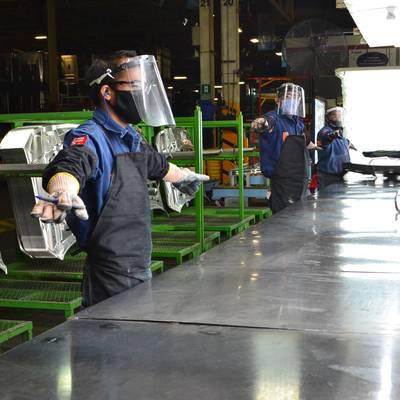 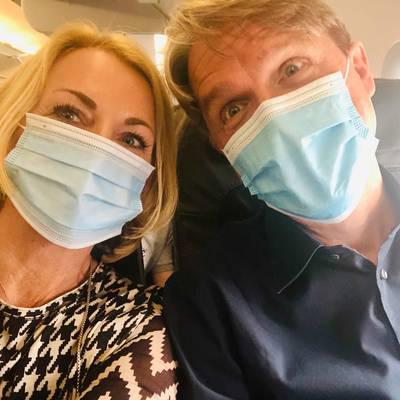