Freedom to innovate and encouragement to think like an entrepreneur are justsome of the reasons the people behind Magna technology enjoy working here.

Sulbin Park and Kelvin Chan, two Magna engineers working on exciting researchprojects, explain why this is a great place to grow a career.

Kelvin Chan’s path to Magna began with his longtime friend Alastair Yu, who got ajob as a software engineer in May 2018 working in a Mechatronics new technologiesand innovations group.

“You know your friends and they know you,” said Chan, the 2019 winner of theMagna Employee Innovation Challenge (EIC). “It’s a good way of getting to knowwhat a job entails before actually applying.”

Yu told Chan, a 2018 graduate of the University of Waterloowith a bachelor’s degree in mechatronics engineering, abouta supportive work environment at Magna that included“incubator” projects on Wednesdays.

This is a free period within Mechatronics where engineers cantinker with “random R&D ideas” outside of their everydayassignments. Currently, Chan is working on an augmented-reality head-up display.

“The freedom to pursue my own ideas attracted me,” saidChan, who joined Magna in September 2018 as a softwareengineer working on various technologies, includingcomputer vision, deep learning and artificial intelligencealgorithms for automotive applications.

Today, Yu and Chan work side by side with Magna colleagueswho help to foster creativity well beyond Wednesdays.

It’s a perfect fit for Chan, who was born in Hong Kong and developed his curiosityand creativity through his photography hobby and his family’s love of traveling, andexploring different cultures and cuisines.

Sharing ideas is how Chan came up with his winning EIC concept, a softwaresolution for keeping an automotive camera clean, even when there’s rain, snow ordirt on the lens. His idea uses a recent innovation in machine learning called“Generative Adversarial Networks” that can be used for generating realistic images.

“The inspiration came from Alastair Yu, who went to the 2019 Consumer ElectronicsShow and brought back a lot of pamphlets,” Chan explained. “I came across onefrom a company that offered an image cleaning or restoration service fordatabases with distorted images, not cars. I said ‘Hmmm, what if we tried to do thisimage-cleaning solution for automotive?’”

At Magna, that’s how innovators “auto qualify” or adapt ideas from other industriesfor automotive use.

“It was my first time entering a competition of this scale, and I’m very excited thatmy concept was so well received,” Chan said. “But the real prize that I got with theEIC was the chance to meet with other finalists from all over the world andexchange our ideas with each other.”

Today, Chan said he likes to spend his free time working on personal projects,cooking and planning his next trip – and interacting with his Magna friends andcolleagues on technologies that are five to 10 years in the future.

It was my first time entering acompetition of this scale, andI’m very excited that my conceptwas so well received.

When Sulbin Park started working at Magna in April 2018 asa research engineer, she was excited to find a corporateculture that gave her access to people like Swamy Kotagiri,the company’s president, and other executives.

“I work on the same floor with them and it’s such an openplace,” she said. “If you have an idea or a technical question,you pop in and talk to these people. Besides, we’re allworking on the same thing – making cars smart.”

Park’s current assignment is to develop object-trackingalgorithms, one of the building blocks for autonomousvehicles.

“It’s all about predicting the movement of people andobjects, and securing the safety of self-driving cars,” Parksaid. “What I really like about my job is that I’m at thefrontier. This field is advancing quickly and I am movingalong with the tide. It keeps my mind fresh and sharp withcontinuous learning.”

Her workstation at Magna’s Troy, Michigan headquarters even feels like home, withframed photos of her two dogs, Giles, a dachshund mix that Park rescued, andParker, a long-haired dachshund.

A 2016 graduate of the University of Michigan with a master’s degree in mechanicalengineering, Park was attracted to the field while studying physics as anundergraduate student in South Korea.

“I was in a research lab and my teammate had tremors in his hand,” she recalled.

“I wanted to develop gloves that would cancel his tremors. I started working with amechanical engineering professor who was doing robotics. Not long after that, Irealized I wanted to do engineering rather than natural science. So I made theswitch.”

The glove prototype wasn’t a success, but that led Park to haptics, or what she callsthe “technology of touch,” and then to the automotive industry. It wasn’t the careerpath she envisioned as a teen.

Growing up in South Korea, Park learned English from watching the American TVshow Friends and said, “languages were my natural inclination.” But her mother, anentrepreneur, urged her to focus on science and math. It turns out mom was right.

“I love what I’m doing,” Park said. “Behind the math and the coding is the theoryyou have to understand, and that’s where the beauty lies. And it’s refreshing to beat a place like Magna that is committed to treating its employees well.”

What I really like about my job isthat I’m at the frontier. This field isadvancing quickly and I am movingalong with the tide. It keeps mymind fresh and sharp withcontinuous learning. 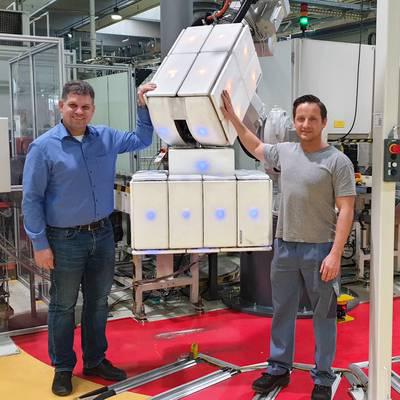 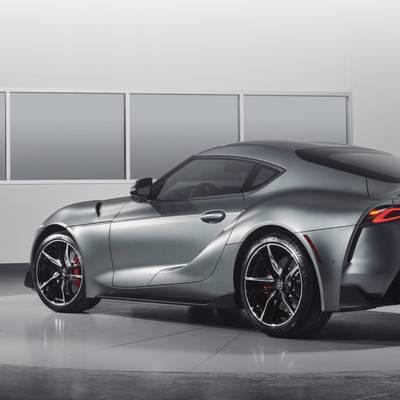