The generous employees at Magna’s Cosma Casting Poland facility are making adifference far beyond the borders of their country.

Employees are involved in inspirational charitable initiatives including an educationalsponsorship for a little girl in Kenya, a paintball tournament that raises funds for localchildren, and a motorcyclist who plays Santa to needy kids and single moms.

Here are their stories:

The barefoot children in Africa made alasting impression on KrzysztofProchniewicz, spurring him to make adifference.

Before his current job as productionmanager at Magna’s Cosma Casting Polandfacility, Prochniewicz worked in the oil fieldsin Libya, and vacationed in Zanzibar andKenya.

One of his first charitable initiatives was tostart a Facebook campaign to collect shoes,toothbrushes and toothpaste for needychildren in Kenya. During one trip, his familybrought nine extra suitcases filled withdonated items.

But they wanted to do more.

Next, Prochniewicz and his wifeDanuta connected with Kenya AsanteSana Polska, a Polish foundation thatarranges educational sponsorshipsfor boys and girls in that Africannation. They were randomly assignedto a 4 year old girl named Aziza fromthe tiny village of Mibibioni, and flewto Kenya to meet her in January 2020.

“When I met her, she jumped into myarms,” said Prochniewicz, the father oftwo sons, Kacper, 22, and Marcel, 16.“I felt like my daughter was born.”

Today, Prochniewicz proudly displaysa picture of Aziza in his Magna office,and keeps in daily touch with herfamily via WhatsApp.

Some of his co-workers, inspired byhis generosity, are helping to supportthe little girl in Kenya and her family,too. They have donated dresses,made monetary contributions to thePolish foundation, and one evenpitched in to help Prochniewicz builda new solar-powered house for Aziza’sfamily.

“I’ve made a long-term commitmentto Aziza’s education from preschool tocollege,” said Prochniewicz. “I dreamof her becoming an educated,independent woman who can chooseher future.”

When I met her, she jumped into my arms,felt like my daughter was born.”

Most days, Jaroslaw Lewandowski wears shirts and jackets with theMagna logo in his job as a CNC process technician at CosmaCasting Poland.

But on December 6, the feast of St. Nicholas, he dresses up asSanta, hops on his BMW motorcycle, and joins 100 othermotorcyclists in a parade through the city of Opole.

The ride is one of the main events of Moto Christmas, an annualride-and-fund drive by local motorcyclists to support single momsand children from orphanages.

The riders pool the money they would have spent on fuel for theirmotorcycles during the winter months, when it is impossible to ridedue to the weather, and buy gifts for the needy, hundreds of them.The group also buys coal to heat the institutions and orphanages.In some cultures, Santa leaves coal for naughty children, but here, itis a much-appreciated necessity.

Lewandowski has participated in Moto Christmas since 2015.

“We started doing this to improve the image of motorcycle ridersand prove that they can do good things,” Lewandowski said.

He admits that wearing a Santa costume while riding a 160horsepower motorcycle can be challenging.

“Very often, the outfit is destroyed,” Lewandowski noted. “Once mybeard fell off before we visited the home for single mothers. But ina way, it was good. One of the women kissed me and I realized thekiss was salty. She was so grateful, she was crying. It made merealize I’m doing an important thing.”

His long list of volunteer activities includes collectingclothing for newborns and donating so much bloodthat he earned an honor from the government.

But Wlodek Andrzejczyk, the deputy CNCproduction supervisor at the Cosma Casting Polandfacility, said the charitable effort closest to his heartis a paintball tournament that supports the needy.The money raised is used to supply medicine forsick children and sponsor their rehabilitation trips.

The yearly event started small in 2014, but has sincegrown into a huge program that attractsparticipants from Japan and Australia – as well asAndrzejczyk’s co-workers. He takes to the fieldduring the event and doesn’t even mind getting hitwith the dye-filled gelatin capsules used in thecompetitive shooting sport.

“It’s a challenge for them to hit me, and it’s for agood cause,” he said.

His passion for volunteering began when he was 19and tutored children from poor families in Polishhistory and language. Andrzejczyk was part of atheater group at his school, and often used role-playing to engage his students. He also took thechildren on field trips, where they could “touch”history and understand the bigger picture.

He uses some of the same approaches today in hismanufacturing job, which includes “training thetrainers.” Showing employees where parts fit andfunction in a car, and helping them to envision theconsumer who ultimately will use the car are builtinto his lesson plans.

“You need to be inspired to inspire others,”Andrzejczyk said. “You need to live the topic.Whether I’m at work or volunteering, the importantthing is to believe in what you’re doing.” 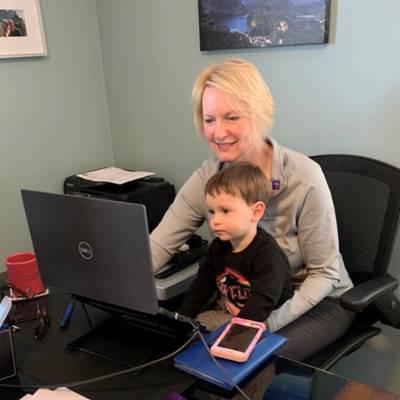 Building a Strong Sense of Community 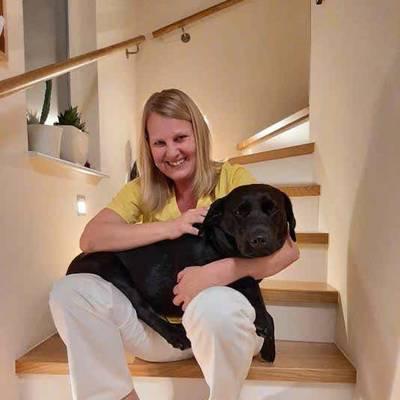 Acts of Kindness from a ‘Volunteer Extraordinaire’