When employees call the 24/7 Magna Hotline on an anonymous basis to report a wide range of workplace issues, theyconnect with investigators on 11 global teams who are dedicated to resolving their concerns.

Here are some of the people on the other end of the line and how they strive to be a positive force for their coworkers:

A framed thank-you note from a satisfied Hotline caller hangs onthe wall near Patricia Newman’s desk. She says it’s “the mosttouching thing” she’s received in nearly 25 years as a Hotlineinvestigator, and something that she often glances at when sheanswers the phone.

“My job is to listen and give the caller the opportunity to providetheir side of the story,” said Newman. “There’s always anopportunity to help them and make Magna, the plant or thesituation better.”

Newman and her Hotline partner Rob Eastwood field 80-120 calls amonth from their coverage area, which includes Canada, the U.S.and Brazil. The two have worked together for 19 years.

Prior to coming to Magna, Newman worked in real estate and inadministration for Encyclopedia Brittanica. She started at Magna’sCam Slide division in Newmarket, Ontario, in April 1986, where shespent 11 years and served in a number of roles, including ashuman resources manager. At Cam Slide, she met her husbandPeter, now a retired Magna electrician.

Her tenure at Magna predates the Magna Charter and Hotline.Newman applied for the job as a Hotline investigator in 1997, afterwatching Magna “evolve in terms of programs and directions.”

“A Hotline investigator’s job is to balance the needs of the businesswith the needs of the employee,” she said. “A caller reaches out tous and presents their version of events. Then, if required, we askmanagement to present their view.  At that point, we start to dissectand ask ‘What are the issues? Where do you have commonality?’Then we go back and talk to the employee.”

Hotline callers sometimes ask specifically for Newman when theyhave a concern. When asked to describe her telephone style, shesays: “I just try to be reassuring. I tell people this is not a one-timeopportunity. We’ll talk again. You have to respect people’s emotionsand acknowledge them.”

Part of Newman’s job is training new Hotline investigators. Her bestadvice to them: “Be open-minded until you have all the information.Don’t jump to conclusions. Don’t assume anything.”

When she’s off the clock, Newman, the mother of Andrew, 30, andJessica, 25, likes to read mystery stories and stream Netflix, twothings that help her to unwind and “try to keep everything in stride.”

Hotline callers sometimes comment on Rob Eastwood’s calmingvoice, a characteristic that serves him well in a job that requires “acounselor part and an investigative part.” As someone who hastaken Hotline calls for 20 years, Eastwood describes himself as “ajustice-minded problem solver.”

“Listening is a really important piece of the job,” he said. “It may bethe most important piece. But you also have to ask questions andget to the bottom of the issue. We determine if a person has beentreated fairly in accordance with the Employee’s Charter. That’s ourjob in a nutshell.”

The rewarding part of his work is “giving people the opportunity tobe heard when they have a problem – and potentially solving thatproblem,” he said.

During the COVID-19 lockdown, Hotline investigators often workedremotely. Eastwood took calls from his home office, sometimes withhis rescue cat Honey settled into his lap. He begins each day bychecking the previous day’s calls from employees taking advantageof the free resource. At 9 a.m, Eastwood and his Hotline partnerPatricia Newman meet to discuss cases. Partners serve as a built-insupport system for each other.

“You’ve got to find somebody that you can bounce stuff off of whowill give you a different perspective,” Eastwood explained. “It can’tjust be my viewpoint. Sense of humor is huge, too. We’re oftendealing with heavy subject matters, and Patricia and I try to keepeach other in check.”

Eastwood’s voice is the centerpiece of his profession as well as hisdowntime. He is a singer in a heavy metal rock band called WitchCrusade and was a singer in an REM tribute band in Ontario. He isa music lover with a collection of 600 vinyl albums, and has beenteaching himself to play bass and ukulele by watching YouTubevideos.

Prior to Magna, he worked in record stores and for a recorddistributor before switching careers to work for the Toronto Boardof Education, where he became a human resources managerworking with unionized staff and trade unions.

“What I do is not so much about the sound of my voice,” he said.“It’s helping callers feel better. You can talk to people in a way thatcalms them down and de-escalates the situation. Lots of time acaller will say ‘I was really upset, but I feel a lot better now.’”

The person on the other end of the Magna Hotline in China is Norns Zhou, a detail-oriented investigator who puts the emphasis on listening and professionalism.

Zhou, the Magna regional human resources program manager in Asia, added the Hotlineto her responsibilities in October 2020. Her duties also include HR operations, programimplementation and promotion in China, Japan, South Korea and Thailand.

“They share their experience with me, since I’m new to the position,” Zhou said. “The mostimportant thing is keeping everything highly confidential during investigations. Whenemployees call the Hotline, I remind them that we have an Open Door Process and theycan talk directly with their supervisors. Concerns are often resolved at that point, sinceMagna has such an open culture.”

Zhou joined Magna in 2017 after a high-school friend who worked at the company urgedher to apply. Before coming to Magna, Zhou earned a bachelor’s degree in Japanese witha minor in public relations from Donghua University in Shanghai and began her HR careerat IKEA China and DHL.

“I’m growing in my job and getting more responsibility, such as the Hotline and conductingEmployee Opinion Surveys,” she said. “It’s challenging work with lots of opportunity tocommunicate with different divisions and departments to help them work together. It’sbeen a great experience in terms of personal development and my HR career.”

“Eliza always tells us to talk to her directly if we have different ideas or opinions,” Zhousaid. “The Magna open culture also means teamwork between teams is very important,from our front-line employees to the Hotline investigators.”

In her spare time, Zhou enjoys attending concerts and listening to music.

“I love music, everything from Japan Rock and Brit-pop to the passion and power ofNirvana,” she said. 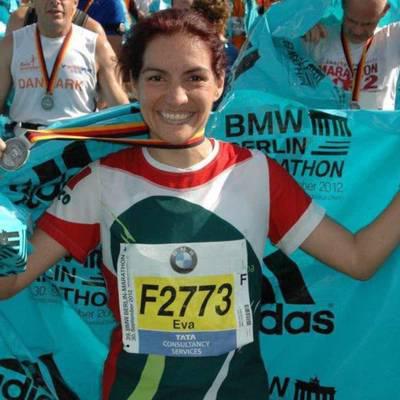 A Race for Continuous Improvement