The Golden Rule is posted in large letters in the training andinnovation center at Magna’s LMV Automotive division in Liberty,Missouri, a reminder to “treat others as you wish to be treated.”

“We expect people to have mutual respect,” said Matt Fortier, thedivision’s general manager. “We’re operating in a workplace wherepeople may disagree about things, but we always treat each otherpolitely and with kindness.”

Setting this high standard for workplace behavior pushesemployees to work toward solutions, while inspiring them toperform at a higher level, according to LMV’s management team. Itcan also reap rewards in terms of customer satisfaction.

“Our very first general manager started this tradition,” Fortier said.“He always said, ‘Do what’s right, do your best, and follow theGolden Rule.’ It’s just one of the ways we reach out and connectwith people.”

Another way is sending birthday cards to all 500 employees,personally signed by the 12-member management team. The cardsinclude a $10 voucher to the local Dairy Queen, where people cantreat themselves and their families to ice cream.

Work anniversaries are also occasions for special treatment. Fortierand other managers go out to the shop floor, find the person, makean announcement and take pictures.

“Going out to the floor is more of a personal touch than having theperson stand up in an employee meeting,” Fortier said. “Werecognize your achievement in your environment. Our employeesseem to really like this approach.”

Fortier attributes his sensitivity to the needs of employees togrowing up in an automotive family in Livonia, Michigan. His fatherRay still works at the General Motors Powertrain Plant in Romulus,Michigan and spent 25 years building V8 engines there. His motherKathy was an executive administrator for 3M in the automotivedivision.

“In our employee meetings, we stand up and give a little bio ofourselves,” Fortier said. “It shows we’re not robots. We have familiesand lives. We work hard, just like you. It’s a way to makemanagement more personable. In the meeting, I poke a little bit offun at myself. I share a picture of me in college and say, ‘I didn’t haveany gray in my beard back then.’ ”

Molly Boykin checked the MyLife app last April and discovered aninteresting opportunity: Magna Seating Columbus in Ohio wasexperiencing some staffing challenges. Who would like to help outand work in a new division for a short time?

“I jumped at the chance,” said Boykin, at the time a welder and ateam lead at Magna’s LMV Automotive division in Liberty, Missouri.“I packed up every Magna shirt I own, my jeans and my steel-toedboots. I traveled with 40 other people from LMV. We flew fromKansas City to Columbus, shared rental cars and stayed in a nicehotel. I ended up working in Ohio for two months. It was a greatexperience.”

She attributes her “traveling spirit” to her previous career as ahospice nurse assistant.

“In hospice, you work with families, bringing personalities togetherin crisis situations,” Boykin explained. “You have a lot coming at you,and you want to be the glue to keep everything together and beable to function as one team.”

Her team spirit comes from her volunteer work as a track coach forthe Kansas City Rebels, a community-based organization that helpskids qualify for the Junior Olympics. Boykin, a former varsity trackathlete in high school, specializes in the long jump and turbo javelin.

“My philosophy in coaching and at work is the same,” she said. “Always stay focusedon moving forward. We have one team, one goal. I like to empower my team tomake decisions and be confident. That’s how you grow.”

Growth experiences were at the heart of her Magna journey to Ohio. The LMVteam had experience in building underbodies for the Ford Transit. Transitioning toseats proved to be a different skill set.

“When I got to Ohio, I assumed the area lead position and helped in logistics,”Boykin said. “I grew in the position and had to make more decisions on my own andtrust in myself.”

When she returned to LMV Automotive, she was promoted to area lead. In July,Boykin noticed another interesting opportunity on the MyLife app: the EPIC(Educational Pathways for Innovative Careers) pilot program had opportunities foremployees to expand their education. Boykin applied and is now working on anonline degree in global logistics management from Arizona State University.

“After I finish that degree, I’m going for my master’s in engineering,” she said.

Looking back, Boykin said she learned a key lesson during her time in Ohio.

“It showed the cohesiveness of our company,” she said. “We can go to other plantsand learn from each other. It shows we can be successful as one. It keeps uscompetitive, and it feels so good when it all meshes together.”

During a slack period last spring, LMV employees traveled toseveral locations, including Magna Seating Columbus, Kamtek inAlabama and Bowling Green Metalforming in Kentucky.  At the peakof the logistical effort during the week of May 17, 88 LMVemployees hit the road.

“The point is that we went above and beyond to make sure ourpeople stayed employed,” he said. “It’s also the chance foremployees to get a new experience at a different Magna divisionand to learn a new culture. Our volunteers have an excellent workethic. They’re our rock stars.”

Barbecue is serious business in Missouri, home to LMVAutomotive Systems. So it’s no surprise that one of thedivision’s social events featured a grilling competition, with10 Magna teams facing off at a local park.

Shop floor employees and members of the managementteam judged the event, which boiled down to a friendlyrivalry between Brandon Smart, LMV Automotive’sproduction manager, and Trey Lawrence, the EHScoordinator and the son of a butcher. To add to the drama,the two grew up together in nearby Excelsior Springs andare serious BBQ enthusiasts who still compete in localevents.

Lawrence’s BBQ skills are well known within the plant. Hisfamily get-togethers include cooking oversized portions ofribs, brisket, pork and chicken, and he often shares leftoverswith his co-workers. A serious pitmaster, Lawrence’s homesmokers include a 55-gallon drum and a custom black boxfabricated by his brother-in-law, a welder.

“Brandon got first place in ribs,” said Lawrence, who stillseems to be smarting from the results two years later. “I gotsecond place. I don’t know how he got first, because his ribslooked like charcoal. We went back and forth about that fora couple of months.”

Intense rivalry aside, Lawrence has a philosophy aboutbarbecue that goes beyond his succulent creations.

“Barbecue brings family and friends together, andit’s a blast, especially the competitions.”

-Start with a slab of ribs seasoned with pepper, salt, paprika, chilipowder and crushed or powdered onion or garlic.

-Place in smoker at 120 degrees Celsius for approximately 2-1/2 hours.

-Spray meat with a mixture of apple juice, apple cider vinegar, craft beerand a couple of shots of bourbon.

-Next, wrap ribs in foil with half a stick of butter, one cup of apple juiceand a couple of handfuls of brown sugar.

-To test if meat is tender and done, tug on an end bone and a centerbone. If the bone slides out easily, the meat is ready.

“Low and slow is the name of thegame,” advises Trey Lawrence whenasked for his secret BBQ recipe.

He is something of a purist, too,refusing to add such trendy items ascoffee or chocolate to his BBQ sauce.Apple juice and apple cider vinegarare his go-to ingredients.

Lawrence said his wife’s grandmother,who is from the Carolinas, makes thebest vinegar-based coleslaw. But thatrecipe is a mystery. 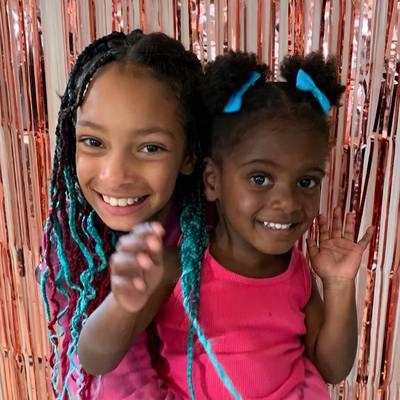