An advanced robot that can lift up to 330 pounds and operatewithout any safety fences is previewing the future of manufacturingat Magna’s Lannach, Austria transmission facility.

“This unique technology is ready for production,” said AlexanderZak, Magna’s director of corporate R&D and advanced robotics.“The greatest challenge is shifting the mindset that robots need tobe in a cage. We are taking that barrier away and changing theperception of safety with robots.”

Fitted with laser sensors and 3D cameras, similar to technologyused on self-driving cars, and clad with a “skin” made of soft foam,the revolutionary robot does the heavy and tedious work oncedone by unskilled employees at triple the speed of comparablerobots on the market.

“Magna does not make robots, but we are developing enablingtechnology for robots that will take us into the next era inmanufacturing,” Zak said.

>HOW A ROBOT LED TO A BETTER JOB

>HOW A ROBOT LED TO A BETTER JOB

Instead of fences, the retrofitted robot, a collabo-rative effort between Magna Powertrain and Cor-porate Engineering and R&D, is behind three “safe-ty zones” monitored by laser sensors and definedby colored lights.

If a worker approaches the yellow zone marked onthe floor, the robot automatically slows down andif the worker enters the red zone or touches therobot’s “skin,” it makes an emergency stop.

“This type of robot could be used in the diecastingarea, where it’s not possible to touch hot parts orin heat-treatment areas,” Hartlieb said. “We’restudying use cases, and planning to install more ofthem.”

TÜV AUSTRIA, an independent health and safetyconsultant, was on board with the project from theresearch and development stage to start ofproduction. Together we defined, discussed andimplemented the corresponding health and safetystandards.  For future fenceless robotics systemsusing similar enabling technologies, thisdocumentation can serve as a basis, but local andnational standards will have to be considered.

The greatest challenge is shifting the mindset that robotsneed to be in a cage. We are taking that barrier away andchanging the perception of safety with robots.

The Magna robot at Lannach lifts heavy baskets and boxes filledwith parts that are then loaded into a washer. In the past, employ-ees used a crane or lifted and transferred some of the parts them-selves, a time-consuming task that required physical strength.

“The people who used to do this work have been moved to betterjobs,” said Johannes Hartlieb, a 20-year Magna veteran who is re-sponsible for machine planning at the Lannach facility. “One manwas moved to a laser-welding cell. He has a new job that is morecomfortable and challenging.”

Large-scale industrial robots have been working on the factoryfloor in the automotive industry for years, always bolted down be-hind fences to protect humans.

But this fenceless robot, which has been in place since April 2018,is a next-generation version that is working safely near humans.Such robots can cut manufacturing costs by 30 percent and savemillions, Zak said, as they conserve space and reduce capitalcosts.

“One of the key challenges was figuring out how workers couldsafely approach the robot, because it has more weight and takesa longer time to stop,” Hartlieb said.

The engineering team at Magna’s advanced robotics R&D testing lab in Holly,Michigan is working on Version 2 of the fenceless robot at Lannach, and isexpected to deploy the updated robot at an unspecified Magna division in NorthAmerica in 2021

Version 1 can only pick up boxes, bins and trays. The moresophisticated V2 will be able to pick up individual parts, adifficult and time-consuming task, for humans.

Magna engineers, such as Max Eboch, work at the Holly lab“teaching” robots adaptability with the help of camerasystems that enable the robots to “see” and accurately findsmall parts with human-like dexterity.

Finding the 63 pieces that make up the complete assemblyfor a door latch, one of the most complex auto parts toproduce, is one of the critical challenges for next-generationrobots. Consider this: it takes 30 workers per shift toassemble a door latch. Magna’s Dortec division aloneproduces up to five million door latches per year on oneproduction line.

Eboch, who earned a master’s degree in mechanical engineering from theUniversity of Kansas and used to build Lego robots as a boy, controls the robotarm from a computer, as it searches for parts scattered on a table. Accuracy is thegoal, as the robot searches for the right part.

“This is not just fantasy,” said Alexander Zak, Magna’s director of corporate R&Dand advanced robotics, who is watching the process. “What we’re doing is industry-focused R&D from a blank sheet of paper to production and scale. To developtechnology is the easy part; to launch it into hundreds of Magna divisions is adifferent challenge.”

This is not just fantasy. What we’re doingis industry-focused R&D from a blanksheet of paper to production and scale.

Ying Zhang, a Magna senior research engineer, supervises theteam and develops new technology at the company’s advancedrobotics R&D testing lab in Holly, Michigan and at a smaller roboticslab at its Troy, Michigan headquarters.

In her spare time, the mother of two coaches her son Matt’sseventh-grade Science Olympiad team and has served as a FirstRobotics mentor. Zhang recently helped Titan, the ScienceOlympiad team, to build a basic robot arm and structure thatcatches balls with two fingers.

She also has helped the aspiring young scientists construct “pingpong parachutes,” little rockets made from plastic bottles andlaunched with a manual bicycle pump in the gym at Smith MiddleSchool in her hometown.

“I tell the students I work with real robots,” said Zhang, a 20-yearMagna veteran with a background in the aerospace industry. “Andthat I wish I could bring them to the robotics lab in Holly. Theywould be amazed.”

What the students would see is a high-tech workshopand a team that is envisioning “robots that will benefithumans and provide them with a healthier workenvironment,” as Zhang puts it.

The daughter of two engineers, Zhang grew up inChengdu, China and earned a master’s degree inmechanical engineering from the University ofTennessee. Her parents were the inspiration for hercareer choice.

“When I was growing up, we had no dishwasher orTV,” she recalled. “My dad made his own TV. I wasyoung, but I remember the capacitors. It was a black-and-white set and it worked.”

Today, Zhang and her team are developing thetechnology for everything from huge fenceless robotsdesigned to tackle heavy payload work on theassembly line alongside humans, to small robots thatcan pick up tiny parts and perform repeatablemovements.

“These robots will help humans go into smarter, moresatisfying jobs in smart factories,” Zhang said. “Andthey will save on cost, time and resources whileimproving production efficiency.”

When I was growing up, we had no dishwasher or TV.

My dad made his own TV. I was young, but I remember thecapacitors. It was a black-and-white set and it worked.

LED TO A BETTER JOB

As an unskilled worker, Rudolf Gerstl used to operate a crane andphysically load baskets filled with parts into a washer for hoursevery day at the Magna transmission plant in Lannach, Austria.

“It was lots of hard, manual work,” Gerstl said.

But the installation of a huge fenceless robot that now does thework changed everything.

Today, Gerstl, has been promoted to a skilled position as a machinesetter operating a different robot set up behind a fence at a laser-welding machine at the facility.

“I have a better job that is easier and more interesting,” Gerstl said.“I love the work I do, and I love to work with robots.”

The father of two young children has this advice for others who maybe concerned about the changes this new era of manufacturing willbring: “If you are willing to learn and grow, robots won’t be aproblem for you. You will always need workers to manage andoperate the robots.”

If you are willing to learn and grow,robots won’t be a problem for you. Youwill always need workers to manage andoperate the robots. 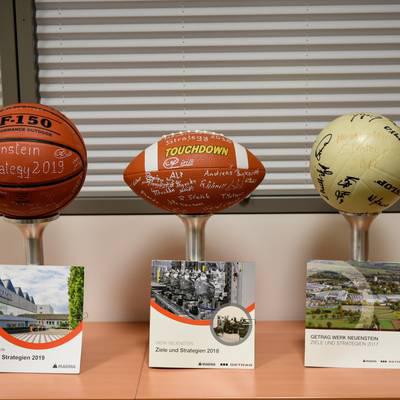 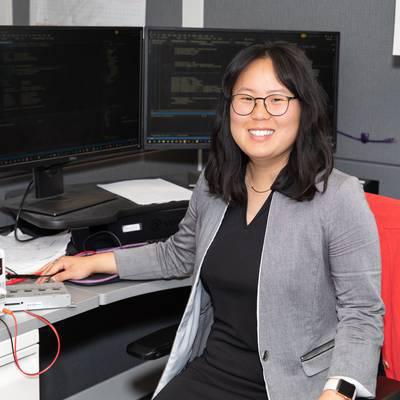 A Corporate Culture That Fosters Talent