Employees at the Wuhan Dongfeng Getrag plantfaced a dilemma when the facility began agradual restart in mid-March following theCOVID-19 outbreak: Chinese authorities hadgiven them permission to leave their homes, butit was unclear if they could return. So some ofthem packed suitcases and headed to thefactory anyway.

“They came from the shop floor, maintenance andengineering,” recalled Javier Perez, the facility’s executive vicepresident. “It was incredible dedication. Some of them cameto work knowing they couldn’t go home and would have tostay in a company dormitory. We hurried to find blankets tomake everybody comfortable.”

Getting those committed employees safely back to work wasthe biggest challenge following the shutdown at thetransmission plant. The outbreak of the virus began inWuhan, and then quickly spread around the world.

“We were the first ones getting into the problem – and thefirst ones getting out,” said Perez. “The biggest takeawayfrom this experience is that’s when you see leadership – theleadership of each individual who is willing to do whatever ittakes to go forward. It was a real sense of community.”

The 800 employees who attended the plant’s annual dinnerparty and talent show on January 20 had little inkling of whatwould become a global pandemic and an economic crisis. Asa precaution that day, Perez and other managers handedout masks and took temperatures before several employeeperformances that included comedy sketches and atraditional dragon dance. One week later, authorities closeddown Wuhan for two months.

During that period, Perez and his partner, General ManagerXiaochuan Xia, were confined to their homes, like others, bygovernment order, but spoke on the phone every dayplanning the restart. The support and global reach of Magnahelped them to navigate the crisis.

We were the first ones getting into the problem – and thefirst ones getting out. The biggest takeaway from thisexperience is that’s when you see leadership – theleadership of each individual who is willing to dowhatever it takes to go forward. It was a real sense ofcommunity.

“Our powertrain plant in Bari, Italy contacted us,and then sent some donations of personalprotective equipment,” Perez said. “The phonecalls from Germany and the U.S. started. It was,‘How can we help? Do you need anything?’ TomRucker, the president of Magna Powertraincontacted me directly. I felt that Magna peoplewere genuinely concerned.”

In return, Magna’s Wuhan staff began sharingbest practices on the successful restart with otherMagna facilities around the world – and evenreturned the favor to the plant in Bari bysupporting Magna in sending personal protectionequipment when the virus hit Italy.

On April 8, government restrictions in China werefully lifted and the Wuhan plant officially resumedproduction with new protocols in place, includingan isolation room for sick employees, socialdistancing and daily temperature checks.Employees have returned to their homes andunpacked their suitcases, but have not let downtheir guard.

“At the personal and professional level, we havenot relaxed,” Perez said. “We know there could bea second wave.”

But he is confident that the plant’s strongworkplace culture can handle just about any crisis.

“We proved it with COVID-19,” Perez said. “Peoplewere willing to do whatever they had to do toshow we could beat it.”

When the Argentinian embassy contacted Javier Perez with the offer of an evacuation flightback to his homeland during the COVID-19 crisis, almost hourly discussions began with hiswife Joy. Should they stay in Wuhan with their infant son Allan and four-year-old daughterCecilia or should they leave? Most of the 60 expatriate families in their Wuhanneighborhood had fled.

The long flight to Buenos Aires included a stopover in the Ukraine, which refused to acceptChinese nationals at the time. Perez’s wife is Chinese. She urged him to take the kids andleave. But he refused.

“I’m so happy that we made the priority staying together as a family,” he said. “Personally,this changed me a lot. I realized we don’t need to go to Disneyland to have fun. We can bevery creative in how we play and how we support each other. My cooking has improved,too. And I didn’t have to separate my life from the company.” 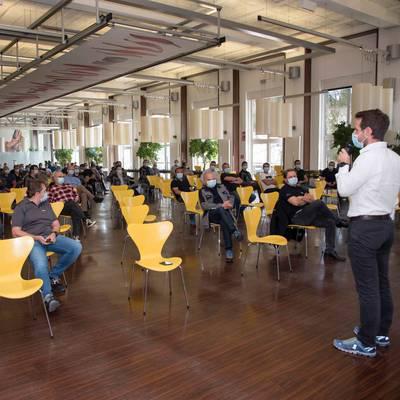 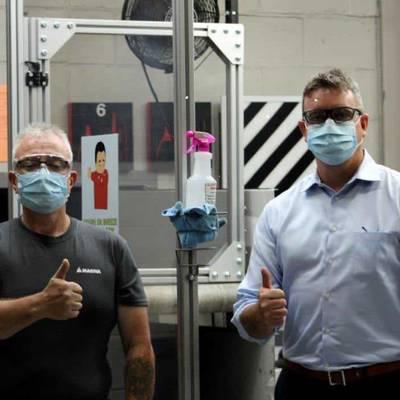