“Robots make our jobs easier,” said Pikos, a team leader inthe plant’s heat treatment area. “They don’t do our jobs, theyhelp us to do our jobs.”

Robots have been part of the Rosenberg manufacturingoperation since 2013. The latest version operating behind afence near Pikos and his six-person team is another majorstep toward the factory of the future.

The robot is one of the first in Magna to be equipped withnew Moonflower software and a camera system that enablesit to recognize parts. The robot is capable of liftingeverything from small parts to heavy ones and can processabout a thousand pieces per shift.

The Rosenberg plant makes manual transmissions and gearsets, complex products with as many as 200 parts, for BMWand Daimler.

Pikos used to lift and load those parts before the robot wasinstalled last December. Today, his tasks include “feeding”the advanced robot cell and making sure the robot hasenough material to do its work.

“I have a better job because of the robot,” he said. “Today, Ican do quality checks, participate in meetings or work withmy colleagues. The robot is doing the hard job – and it neversays no.”

Any concerns about new technology in the production areawere quickly dispelled once the robot was installed.

“You don’t have to study robotics to work with the robot,”Pikos explained. “It’s easy to handle and it only took about aweek to get comfortable working alone with it.”

There are other benefits to working with the robot,according to its human colleagues.

“Our productivity has increased with the robot,” Pikos said.“Now, I can work five days a week and have more time withmy family, especially on Saturdays. I can garden or play withmy son, Jaro, and my dog Nero.”

A second advanced robotic cell is set for installation at theRosenberg plant this summer.

“I would tell people in other Magna divisions the experiencehas been very positive,” Pikos said. “Whenever I come in towork, I’m happy to see the robot.”

The advanced robot equipped with new Moonflowersoftware and a camera system at Magna’s RosenbergTransmission System facility:

-Can handle part diameters from 25mm to 172mm

-Allows people to move on to more challenging jobs

How easy is it to understand Magna’sadvanced manufacturing robots equippedwith the new Moonflower software and acamera system?

Easy enough for a 4-year-old, according toChristian Spengler, the process planner atMagna’s Rosenberg Transmission Systemsfacility in Germany who is responsible forsetting up the plant’s latest robot. TheRosenberg plant is one of 10 Magna facilitiesworldwide slated for the initial rollout of thenew technology.

“I try to explain to my son, Philipp, whatdaddy does every day,” said Spengler. “I tellhim daddy works with robots. LastChristmas, he got a new toolkit and we builta car and a construction crane. I used thecamera on my mobile phone and put someparts on the ground, and explained that therobot in my plant has special software and acamera. The software recognizes the part.Then, the robot grips it and puts it in thebasket. I think he understood, even thoughhe’s only four.”

Spengler adds: “The point is Moonflowersoftware is very easy to handle and set up.”

The advanced robot that operates behind afence is programmed to handle differentparts for a six-speed manual and hybridtransmission. Spengler created a separateMoonflower program with instructions forthe robot on how to grip each part.

“It takes two minutes to program each oneand the new type of part is ready tooperate,” said Spengler, a mechanicalengineer who worked on the assembly lineearly in his career and understands thechallenges faced by shop-floor employees.

He adds: “I know how people on the line feel.It’s absolutely necessary to automateprocesses to save jobs, to improve costs, andto get more products in the factory. This newtechnology gives employees more supportand frees them up to do better jobs workingon new machines that produce parts forhybrid transmissions.”

“It’s easy to use and easy to understand,” hesaid. “You don’t have to be a softwareengineer to use Moonflower.”

But you should be at least 4-years-old.

“I haven’t shown it to my daughter Amelie,”Spengler said. “She’s only one and too youngto understand what a robot is.”

Christian Spengler, with Philip and Amelie 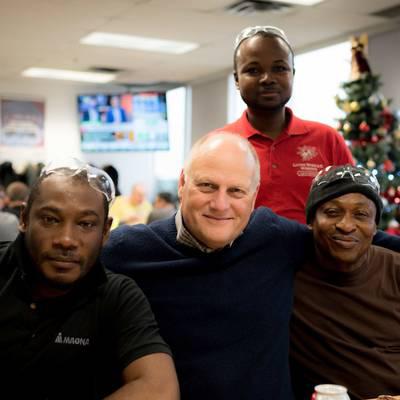 Mafact: a Blueprint for Success 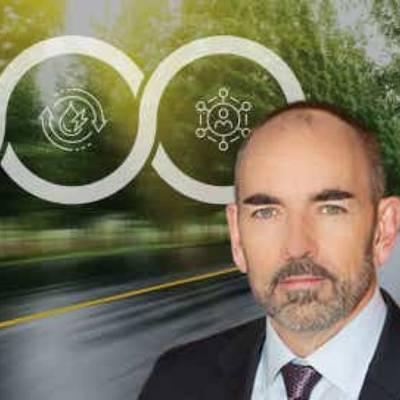 Celebrating our Commitment to Sustainability