The Roots of the

He traces his team spirit, collaborative styleand discipline back to his earliest daysgrowing up as one of 13 children in ByronCenter, Michigan, the wartime lessons helearned from his parents, and his timeserving in the U.S. military.

“It’s a mental attitude,” said Tenhaaf, a 13-year Magna veteran. “When it comes tofixing a machine, I never settle. I want to fix itthe right way. Get the right parts and don’tpass the buck. Make the machine better. Ialso have no problem taking responsibility. Ilead from the front by showing newtechnicians how to do a job. I always giveexamples and explain how to improve asituation.”

His military service began with 10 years ofactive duty in the U.S. Air Force, where heworked on radar and communicationssystems, and electronic countermeasures asan avionics technician.

“For me, going into the military wassomething I felt I had to do,” explained thefather of three. “I learned discipline, and Ipass that down to my kids.”

As a young man, Tenhaaf’s sense of duty washoned by stories of the experiences of hisparents during wartime.

His father, Jan, fought as a lieutenant in theRoyal Dutch Army and was a leader in theresistance movement , sometimes hidingBritish and American fliers. His undercoverwork was chronicled in the book TwilightRamblings. Tenhaaf’s mother, Fredricka,spent the war in a Japanese internmentcamp in Indonesia. His parents met when Janwas sent to free Indonesia as part of amilitary contingent. The family moved to theU.S. after the war.

Today, Tenhaaf said he identifies as “DutchIndo,” a minority group that is oftendescribed as “marginalized” in society.

“I dealt with racism growing up,” he said. “Ihad my mother’s dark skin and black hair. Iwas called a lot of racist names. In the worldtoday, I understand where a lot of people arecoming from. My job is in a culturally diverseworkplace. We respect each other. Family isimportant, whether it’s blood or not.”

In his spare time, Tenhaaf supports the USOand military suicide awareness organizationssuch as the Til Valhalla Project and #22ADAYmovement. And he is passing along his loveof “anything with an engine or wheels” to his12-year-old son Clayton. Visiting his dad’sworkplace has been a thrill for the seventh-grade student who builds Lego robots andloves STEM classes.

“I tell him robots are the future,” Tenhaafsaid. “Learn everything you can about them.”

When it comes to fixing a machine, I neversettle. I want to fix it the right way. Get theright parts and don’t pass the buck. Makethe machine better. 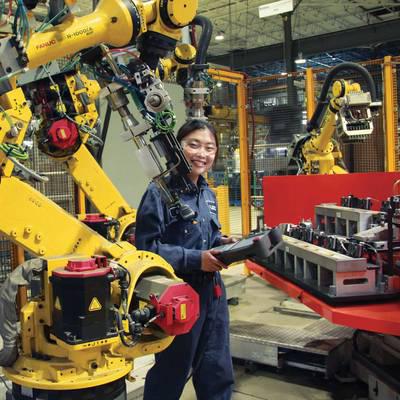 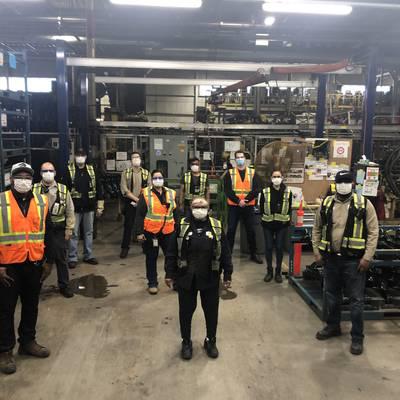