Her colleague, Darion Colbert, Decostar’senvironmental engineering supervisor, is equallydedicated to being green.

As part of an Engineers Without Borders project inspring 2018, Colbert traveled to Cerro Verde,Ecuador, where contaminated drinking water wassickening children. The trip turned into a long-termeffort to put filtration systems into those homesand end diarrheal diseases in the rural farmingcommunity.

Being green is a personal and professional passionfor Colbert and Pushkareva, who is known as“Dasha” to her colleagues.

Together, they have put several initiatives in place toget Decostar’s 1,164 employees motivated to beenvironmentally responsible.

The programs include an Earth Week Challenge every April,where employees submit pictures and stories about howthey are reducing their environmental footprint at homeand at work. The best ideas win “green” prizes that haveincluded an electric lawn mower, a solar backpack and LEDlight bulbs.

In January 2019, the two kicked off Decostar’s SustainabilityReport that tracks how the division is meetingenvironmental challenges. There is lots of progress tochronicle, including the division achieving a 36 percentincrease in recycling and a 27 percent reduction inhazardous waste from 2017 to 2018.

In addition, a monthly newsletter that started in summer2019 recognizes employees who are making a “green”difference.

“You can change people’s perception of what’s possible,”Colbert explained. “It becomes inspirational. That’s what wedo. We want to be benchmarked. We want

to be a model of how a company can be sustainable.”

“We had a meeting with our suppliers to get them alignedwith our sustainable development goals,” Colbert said. “Wetry to leverage that as a competitive advantage with ourcustomers and show that a division in Carrollton, Georgiacan have an impact on the broader automotive industry.”

Adds Pushkareva: “Whether it’s conservation of a species orthe manufacture of cars and car parts, the idea behind bothis the same. There are a lot of common elements that canbe applied. I believe in the sustainable development ofbusiness and society.”

Whether it’s conservation of a species or themanufacture of cars and car parts, the ideabehind both is the same. There are a lot ofcommon elements that can be applied.

Dale Meyers looked around the Magna Decostar plant andsaw lots of room for improvement when it came to energyefficiency.

“The first thing I noticed on the production floor were all thefluorescent lights,” said Meyers, a master electrician whowas hired as a Magna maintenance technician in 2013. “Ithought, ‘We need to catch up with the times and changethe culture.”

He added: “Being who I am, and being an electrician, I knewit was time to make the switch and go green.”

At his suggestion, hundreds of lamps in the Decostar moldingdepartment were changed to LEDs. Then, Meyers beganinstalling motion detectors on light switches in offices in theplant to further conserve resources.

With the help and encouragement of people like Meyers, theDecostar environmental movement has grown.

Today, Meyers is the CMMS (computer maintenancemanagement software) coordinator at Decostar, and amodel of sustainable practices, inside and outside of Magna.

A father of five, Meyers has a long list of volunteer activitiesthat include serving as a marital and youth counselor atFamily Life Restoration Center in Mableton, Georgia.

“Part of what I do is talk to young women, empowering themto know their true beauty,” Meyers said. “I teach them tobelieve in themselves, despite the environment they live in,and to have vision and direction.”

He also has volunteered as a basketball and football coachfor local middle-school students and taught Sunday schoolat Word of Faith Church in Austell, Georgia.

“I’m a firm believer in giving back,” Meyers explained.

His green practices begin at home in Dallas, Georgia, wherehe and his wife Yvette recycle and have cut down on energyconsumption by updating lighting and switches.

He also talks to his kids and grandsons, Donté, 11, and C.J.,5, about being environmentally aware. After a recent visit,the grandkids told their parents they needed a recyclingreceptacle “like Pawpaw has.”

“They are learning just by being around the way we dothings in our house,” Meyers said. “When you start talkingabout the environment, it has to be a selfless act. We maynot see the fruition of it right now, but our children’s childrenand grandchildren will be able to see changes. We will beable to thrive in a healthy environment.”

We need to catch up with the times and change theculture. Being who I am, and being an electrician, I knewit was time to make the switch and go green.

Dale Meyers said he and his 15-year-old son Caleb, a ninth-grader who wants to be an engineer, often talk aboutclimate change and the environment.

“He came home from school recently and told me that if wedon’t change the way we do things now, we’ll be in trouble,”Meyers said. “I told him, ‘You need to come to Decostarbecause we are doing things every day to save theenvironment.”

Some of those things include:

-Switching from absorbent pads to recyclable pads to mop up oil spills and leaks.The recyclable pads are laundered, and any spills are traced to make sure theliquid is not being poured down the drain.

-Installing a power data logger to track how much energy machines consume ona day-to-day basis, even when they are idle.

-Building an in-house containment facility for oil storage and creating a specificlocation for hazardous waste.

-Redoing the floor of pits on the assembly lines to make sure no hazardous wasteescapes through cracks of crevices. 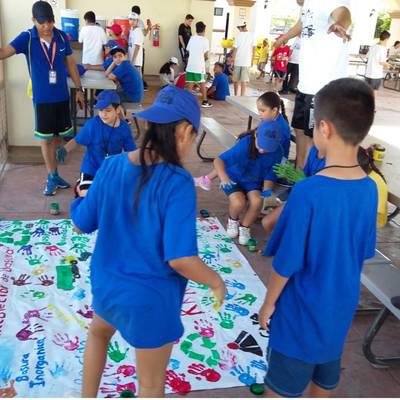 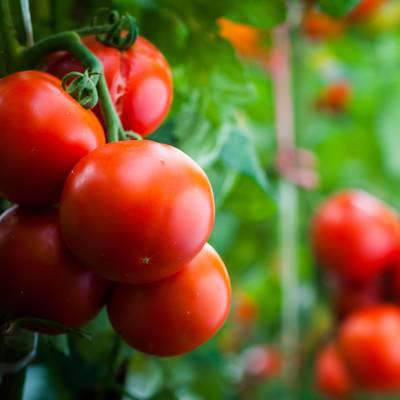